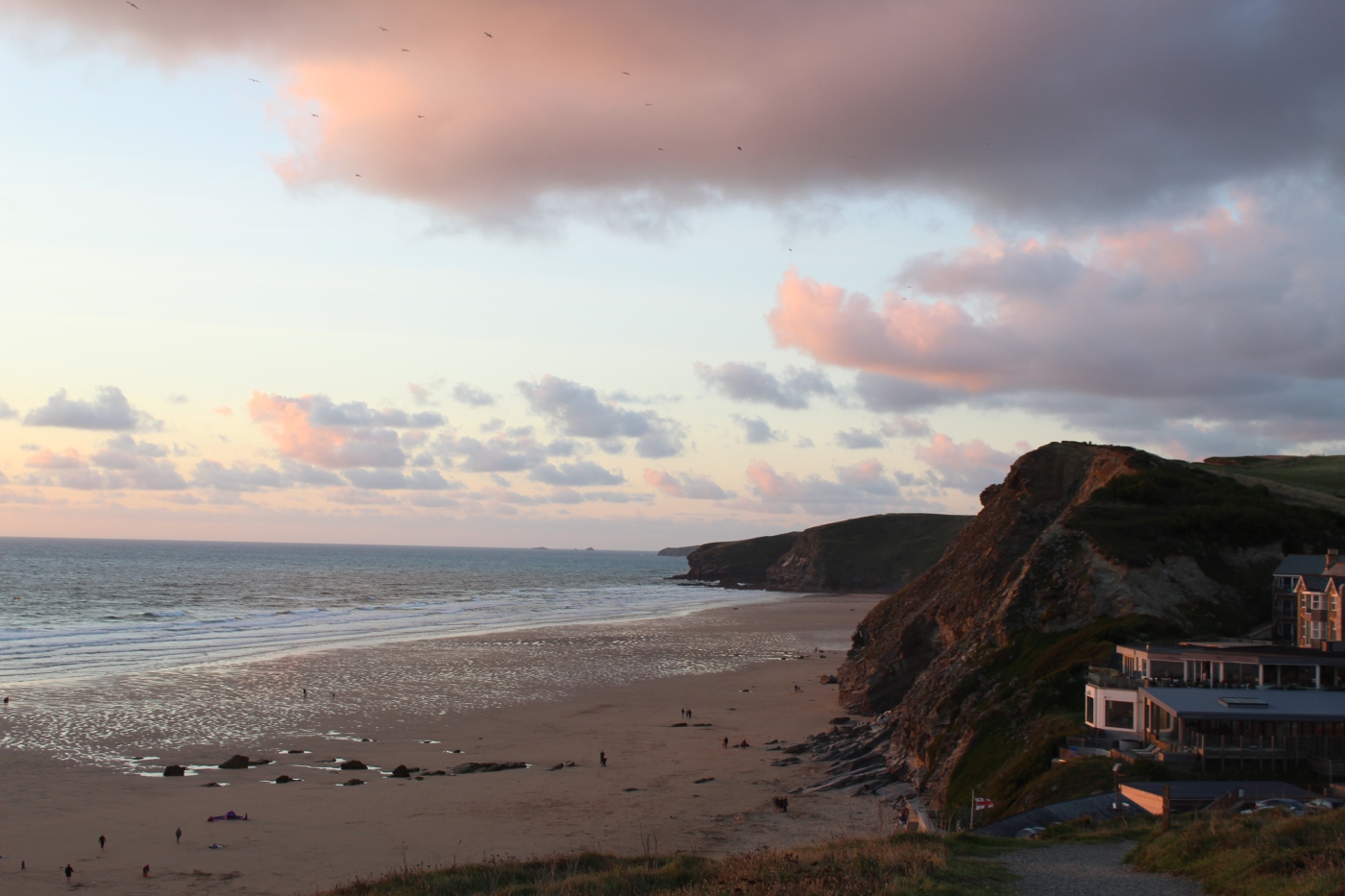 Cornwall is beyond beautiful; stunning in both its’ looks and character. The coastline is a wonderful contradiction; alternating between friend and foe, as green headlands top off unforgiving cliffs which watch over bays full of the softest sand and deadliest of waves. As the tide goes out vast blankets of rippled sand appear interspersed with rivulets which frantically chase the receding sea; a task dismissed as futile by the bustling rock pools, and smiled upon by the vast rocks emerging from the depths as the tide falls back and who, wise with their years, know the sea will return.
The Cornish hedges of high banked soil bedecked with life channel the scents of the flowers, and the warm air that persists despite the ever- changing skyline creates a universal glow or ruddiness in the faces of the people you meet. For locals, the depth of this tan appears to have insulating properties as even in horizontal rain shorts and t-shirt appear to suffice. The climate has the air of a hyperactive child, with such a narrow strip of land between the coasts concentrating the weather into a high-speed motorway conveyor belt of rapidly changing skyscapes and weather conditions. This creates an optimistic glass half full attitude to the weather in Cornwall which explains why despite black skies people still head to the beach confident that good weather will arrive.
Cornwall is also a perfect holiday destination for dogs as surprisingly many beaches remain open to them throughout the year. At low tide Watergate Bay is doggy heaven on earth as drunk on space they splash through the water’s edge, or sit eyes closed to the sun tucked behind the shelter of a windbreak. All breeds are here in an egalitarian canine utopia that continues once they leave the beach in dog friendly pubs, bars, restaurants and cafes. In Wax at Watergate Bay, The Falcon Inn at St Mawgan and The Traveller’s Rest at Trevarrian dogs are valued customers, and in the beautiful light that illuminates St Ives a run on the harbour beaches at low tide can be followed by a visit to The Sloop Inn on the wharf; one of the oldest inns in Cornwall and one of many dog friendly establishments in the town. At Porth it is canine party time after 7 pm when the dogs reclaim the beach in the fading light to the delight of their owners young and old.
In Cornwall where the outdoors is everything beaches have become communities and a whole lifestyle has grown up around them. Wetsuits make the sea accessible; body boarding and surfing bring it alive. Both young and old smile through the waves that crash over them. At Lusty Glaze beach near Newquay there is a wedding; the guests rush down to the water’s edge where a rocky horseshoe, fast disappearing under the advancing tide, provides the perfect backdrop for the photographs everyone laughing as trousers are rolled up.
Cornwall also has seagulls with attitude, who have adapted their diet to incorporate the favoured holiday treats of the “gullible” tourist. Defeated by heavy grilled bins that no longer let them drag forth half eaten fish and chip dinners they now cut to the chase and take their food fresh snatch and grab style. A momentary lapse of concentration of my behalf was spotted, and in the most delicate of moves for such a large bird the ice cream cone was out of my hand and the brief subject of a sandy free for all ready meal on the beach before I had even caught breath. Another victim soon followed managing only one bite out of his pasty before it shared the fate of my ice cream.
Cornwall is a “victim” of its’ beauty: the classic geographical “honey pot” attracting huge numbers of tourists who place pressure on local people and their home environment. Holiday rentals are measured by the street, and house prices have moved far beyond local means. For some there is a love- hate relationship with the visitors; both needing them and resenting them, while others recognise their importance to an area that has some of the highest unemployment and deprivation rates in the UK. It is an area where extremes of natural beauty create a character that is resourceful and hardworking. One field high on the cliffs becomes a campsite for a few months a year, and next to it another is filled with lettuces, while some farms with their barns converted advertise both camping and silage on the same sign. Villages work hard to retain their services, and visitors provide much needed support. In one village locals in the pub welcomed the busy season, with the accompanying bustle, new faces and interesting conversations, knowing it ensures their village pub’s survival through the quieter months.
People will always be drawn to beautiful places; such magnetism both giving and taking. Like the opportunistic seagull adaptation is everything and it has always been so-although after I have eaten my ice-cream would be very much appreciated thank you. 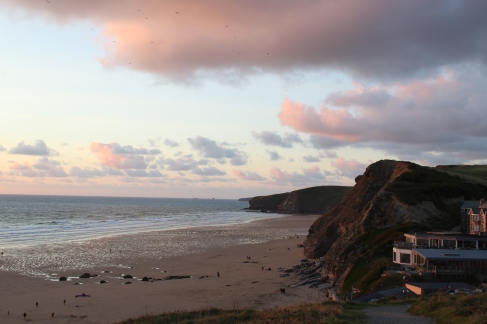 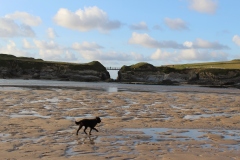 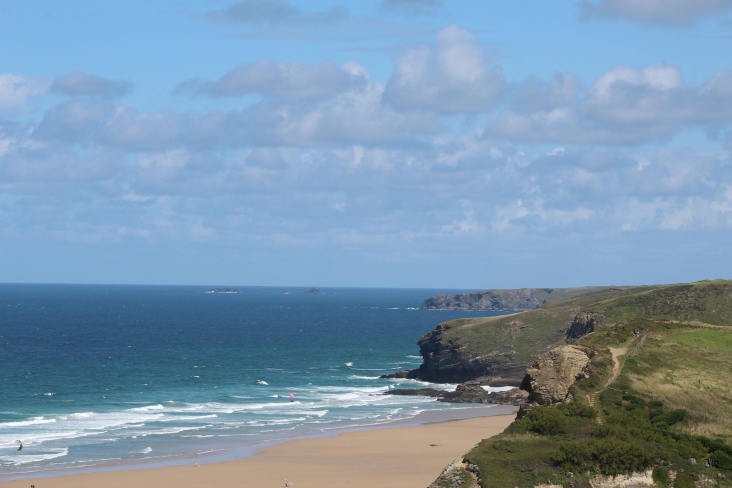 Please add your own comments about Cornwall. Maybe you have a favourite place; especially a dog friendly one, or have thoughts on how both visitors and locals can enjoy Cornwall alike.